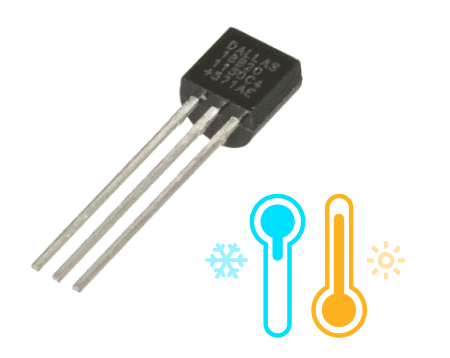 The digital temperature sensor (previously named Dallas Semiconductor). As the operating voltage of the sensor is 3.0 to 5.5 Volt it can easily be used with several devices, including the Arduino (which operates at 5 Volt).

Main features of the temperature sensor:

The sensor usually comes in three form factors. The most common types are shown in the images below. The manufactured sensor comes in the form of a 3-pin TO-92 package, which looks just like a transistor. The sensor is available as a waterproof sensor (usually jacketed in PVC so it is recommended to keep it under 100 °C), on shields etc.

Be aware there are , often cheaply offered from China.

The sensor uses two matching transistors with known voltage behaviors across temperature. The difference of those two voltages is taken and converted into a digital value as shown in the figure below (Maxim Integrated Knowledge Base 000096194). 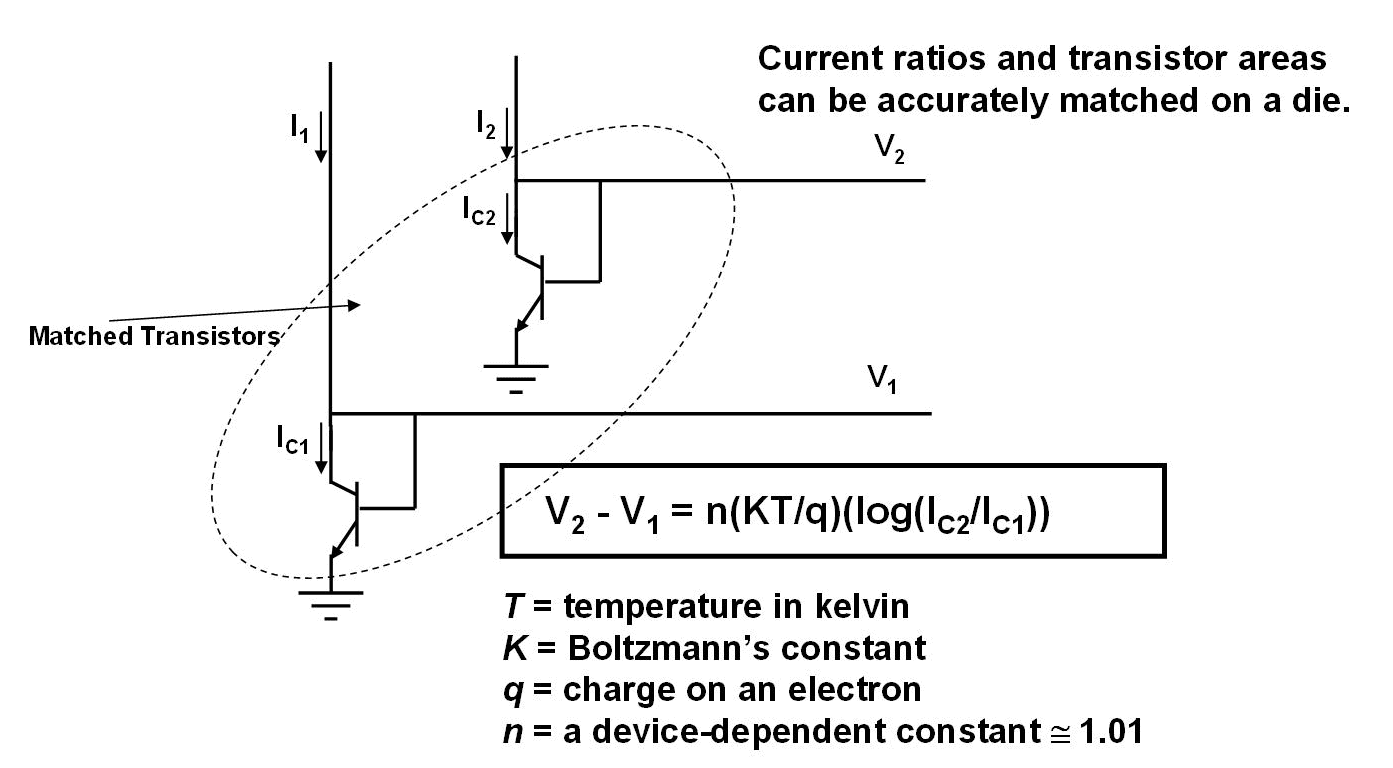 The next sections cover the following sensor aspects:

The DS18B20 temperature sensor has a measuring range from -55 °C to + 125 °C, but the accuracy differs depending on the range in which the sensor operates (Maxim Integrated knowledge base article 000094893):

The sensor does not sense temperature directly through the package, but primarily through the GND pin. Ensuring a good thermal connection between the GND pin of the sensor and the heat source you wish to measure will provide the best results (Maxim Integrated knowledge base article 000094882). 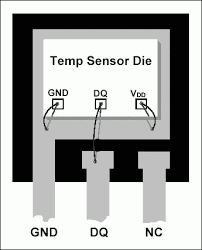 The sensor resolution can be adjusted, but this has impact on the acquisition speed:

Be aware that resolution is not the same as accuracy! An increase in the sensor resolution does not increase the accuracy, but it allows you to monitor relative changes more easily.

The calibration of the DS18B20 is guaranteed for life; there is no need for recalibration (Maxim Integrated Knowledge Base 000094864). Also, the sensor cannot be calibrated by the user.

The response time of the DS18B20 conversion is not impacted by the distance of the sensor from the bus master. The DQ line (ie,1-Wire bus) is only transmitting the conversion result that occurred on-board the sensor IC.

It is more likely that there is some difference in the insulation/waterproofing of that particular sensor that is allowing thermal conductivity to the DS18B20 through either the package or the GND pin. Keep in mind that the GND pin of the TO-92 package is directly connected to the die of the sensor, so if there is close or direct contact of the GND pin to the temperature being measured, then you can expect much better response time.

Sensing through the package of the DS18B20 is of course possible, but thermal conduction is much much better through the metal connection of the GND pin to the die inside the package (Maxim Integrated knowledge Base article 000096079).

In parasitic power mode, no separate power supply line is used. The sensor is powered via the data line as show in the figure below.

In parasitic power mode, the power is derived from the single 4.7kΩ pull-up resistor on the One-Wire bus and fed into the DQ line while you keep the VDD pin at Ground – this indicates that the sensor should use parasitic power. Parasitic power mode has drawbacks and hence the general recommendation is to use external power supply mode, which means that power must be individually supplied to the Vcc pin of the sensor, requiring a 3 core wire instead of 2 wire or using a separate power supply at the DS18B20 sensor location.

An external power method ensures correct operation of the DS18B20 sensor, but requires a local source of power.

8. Connecting the sensors to a micro controller (i.e. Arduino)

Originally the 1 wire protocol was intended for PCB communication only but its use grew into networked topologies with 100’s of metres of cable. In fact using special driver considerations, 500m is achievable.

There are many different topologies for DS18B20 layout including linear, linear with stubs, star network and switched linear (see the diagrams below). The Integrated Maxim tutorial “Guidelines for reliable long line 1-wire networks (AN148)” has a lot of detailed information on types of networks that can be used and maximizing the performance.

The most successful implementation of this concept uses 150Ω resistors at each point where a stub is connected to the main trunk. This value reduces the mismatch at the connection point by about 20%, and attenuates the resulting stub reflections by about 40%. However, the added resistance also degrades noise immunity by about 80%, so caution must be observed. Tests have also shown good performance using 100Ω resistor values, which do not degrade noise immunity quite as much.

8.2 Distance and maximum number of sensors

On the web it is recommended not to use lines longer than 30 metres, but this seems to be based on example data from a Maxim Integrated tutorial example using this distance.

More info can be found in Maxim Integrated knowledge base articles (unfortunately no clear statements):

The recommended wire is CAT5 and you arrange them as a bus or a daisy chained chained network – helping to avoid transmission line reflection problems – as opposed to a star network.

You can program into the sensor upper and lower temperatures (into non-volatile memory – internal EEPROM within the DS18B20 itself) so that if the temperature goes outside the upper or lower limits an alarm condition is created. This means you don’t have to continuously poll each (of possibly hundreds of devices) to check for an out of range temperature condition.