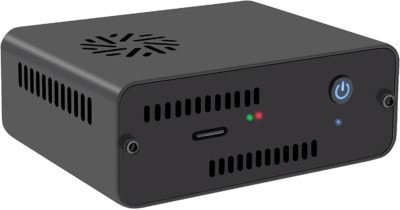 I bought a Geekworm NASPi v2.0 case, to house my Raspberry Pi 4 with 8Gb RAM with Raspberry OS installed. This setup will be used for multiple purposes including as a web server running my Piwigo development site gallerydev13.fotokruse.eu (operational site gallery.fotokruse.eu is currently hosted at Antagonist). The Raspberry OS will be installed on a micro SD card and the data on a Samsung 512Gb 2.5″ SATA3 SSD.

Main reason to select this case was the option to have a 2.5″SSD or HDD included inside the case to store the photos for the Piwigo site and other data. My initial preference was a NVME SSD based case, but unfortunately not available in November 2022. The Geekworm NASPi case provides the following functionality:

The case has a modular design composed of three parts:

3. Installing the Raspberry Pi 4 inside the case

The Geekworm NASPi adapter X-C1 does support auto power on from v2.0 onwards. Out of the box this is not enabled. To enable it a jumper needs to be placed on the X-C1 board.

This jumper is located on the topside of the board as indicated in the image below. 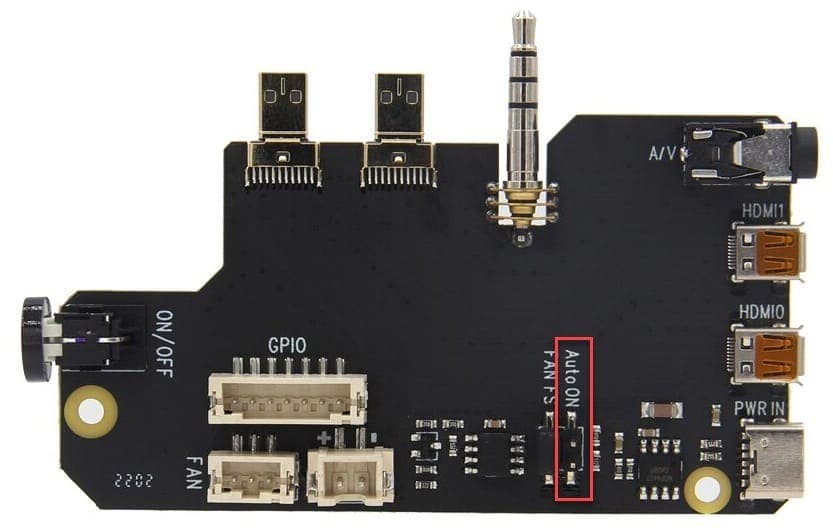 See the official Raspberry Pi 4 getting started documentation or other sources on the web. Install the 32-bit OS as the 64-bit OS is still in development phase. I used a 128Gb microSD card, which is more than large enough. For sure as I will use a 512 Gb 2.5″ SSD installed inside the Geekworm NASPi case for storage of data such as the images for the Piwigo site.

The Geekworm NASPi v2.0 has a silent fan with power management, which makes it possible to adjust the fan speed automatically according to the CPU temperature. Out of the box the fan will run at full speed, but by installing a script on your Raspberry Pi 4 it will adjust its speed depending on the CPU temperature.

Perform the following steps to install the script:

The steps in this section are based on the Geekworm WiKi page Properly Mount USB Storage on Raspberry Pi to mount the SSD installed in our Geekworm NASPi case. The main difference is that this article only contains instructions to mount a SSD/HDD (in my case a 2.5″ Samsung SSD) with one ext4 based logical volume.

The /mnt/ssd512 will be the folder in which you store your media. We want it to be automounted on boot .

If required you can setup hard drive spin down times. See the article “Spin down and manage hard drive power on Raspberry Pi“.

← How to set the Raspberry Pi 4 remote connection screen resolution?